This section allows you to view all posts made by this member. Note that you can only see posts made in areas you currently have access to.

Thunder will pay for the salary TPE 500 TBD.

February 23, 2020, 01:58:28 pm
Ulrich von Lichtenstein agrees to retire at the top of RBSL with two rings in his short tenure to go back to his homeland of Genderland.

Thunder will replace him with Daniel Bond.

News Articles / The Boys Are Back In Town And They're Thankful

"Here we are again, ladies and gentlemen! As I've done at our last celebration 4 years ago, I would like to give a big congratulations to the Oklahoma City Thunder players, coaches, staff, and all of our beloved fans around the world on becoming the 2101-2102 RBSL Champions!!!

Secondly, let's give a round of applause to our opponents in last season's playoffs.

Our first round opponents!  The Denver Nuggets, who gave us our first grueling 7-game series and reminded our boys that it is not an easy path to the Finals.

Then comes the Memphis Grizzlies.  We share a long history with the Grizzlies, which has usually been one-sided, but the Grizz grinded their way to a 3-1 lead against our team.  It took something short of a miracle and a Game 6 put-back game-winner by our own D-Ayton to propel to come back from 1-3 and advance to the Conference Finals!  We love you, Memphis!

Next were the Spooky Minnesota Timberwolves.  The TWolves were always our division and conference rivals but on the other side of the bracket.  This past season looked like it was their time to shine in the Western Conference spotlight and go head-to-head with the CCP Bulls.  Always known for bumping down low and wearing down their opponents, they did the exact same to us.  But after those two grueling 7-game series against the Nuggets and Grizzlies, all of our boys, especially our role players, found themselves rejuvenated and did not give the Timberwolves a chance to enact dominance, even with home court advantage.

Lastly, the team that has been our roadblock for the past five Finals.  Both our sworn enemy and our closest competitor, the Chicago "CCP" Bulls!  Both of our teams have been vilified as stale and old, due to our strangleholds on our respective conferences, but our dominance has been a testament to the two Superstars of the league, Qian Guo and Deandre Ayton.

These two are both fortunate and unfortunate that their primes have lined up with each other.  However, the fans of the teams and the league are fortunate that they are in different conferences and are lucky to see these titans duke it out every postseason for all the marbles.

From our first showdown with the Bulls, it was an uphill climb for Ayton and the crew, resulting us being victorious in an epic 4-3 series victory to claim our 2097-2098 Championship.  From that point on, our boys thought they were shoe-ins for Finals appearances and clashing with the kings of the East year after year.

Only one part of that statement was true; we were clashing with the kings of the East every year afterwards, but only to get murdered once we stepped on the Finals court.  Three finals series straight resulted in a 1-12 record against the three-peating Bulls.  Even after a terrific showing to start the 2100-2101 playoffs, going to an absurd record-setting overtime Game 1, our boys were only able to 'stay close' each following game but would fall in each one.  Our boys were so demoralized and seemed to only be going through the motions of winning the West to lose at the top.

It become a long-running joke about Guo's dominance that even the Rockets' social media team produced a meme we've all seen; likening our players to the classic 2010 Marvel's Avengers having no chance against Thanos.

This year in particular, the league and the Thunder were even more resigned to the automatic champions that the Bulls have become with the addition of supersnakestar, Lovro Birsa, to play Robin to Guo's Batman.

What occurred next was unprecedented.  Ayton, Botello, LRod, Kimes, Rosey, Reggie, Maximum Bliss, Blazej, and Maynard'with Windler cheering off the bench' would go on to SWEEP the opposing Guo-led Bulls and take us to the promise land.

This took the league by storm and confounded GMs, players, and media everywhere.

The Rockets even made a redemption video for the boys that we are very grateful for.

For the really uninitiated: https://youtu.be/bJMU1f_Ph7s

While we know that Guo will still be our biggest impetus to another trophy, Father Time is also undefeated.  Our boys know that our window for championship contention is only so small and everything has to line up perfectly to fall into place to give us our best chance to lay our hearts out on the floor every time they step out onto the floor.

For that, our players would like to say a few words."

*Virgil Brown steps back onto the podium* 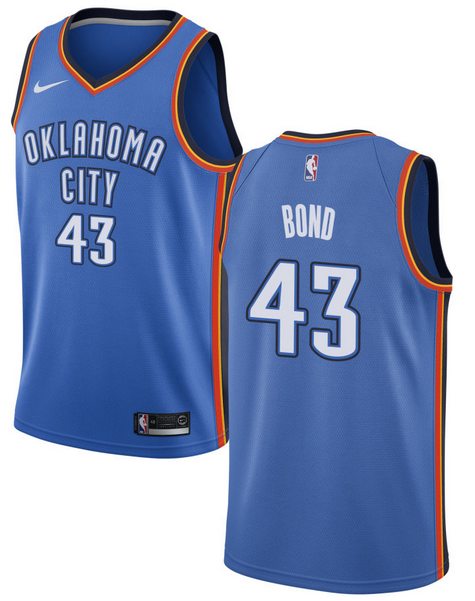 "Another reason why this parade and celebration was postponed was so that we could celebrate and appreciate one of our past players along with our present players.  This past offseason, Daniel Bond, one of the great centers of this era, decided to hang up his shoes after 16 years in the league.  We have retired his jersey in our rafters for being one of the most consistent, professional, and talented players we drafted.  He did right by us when we drafted him and gave us all of his effort on the court, even when we couldn't field a contender around him and Yanick, so we did right by him and gave him an opportunity to win elsewhere, which is did with no uncertainty.  Please welcome back Daniel Bond! A 4-time Champion, 2-time Finals MVP, AND YOUR NEW HEAD COACH STARTING NEXT SEASON!

I know this comes as a shock to most of you but Coach Ulrich and the Thunder organization has agreed to let him return back to coach his hometown team of Gelderland against his rival Head Coach Count Ademar.  He said something about he could not let Ademar dominate the Euroleague any further and can most easily take back dominance in the overseas league, unless Ademar finds a way to beat him with a stick in his sleep.

While today is a big day of news, it is firstly a day of celebration.  Let's have a big round of applause for our players, our coaches, and our league!